skip to main | skip to sidebar

THE JOHN HOUR: Producing a body of work which is whimsical yet sinister; familiar yet alien, the three emerging artists—Emma Gibson, Emily Pugh and Raven Smith—functioning collectively under the moniker, The John Hour, continue to investigate and challenge the universally understood rules for a coherent modern society. With photography, set design and installation as their combined media, the trio rigorously explore personal and universal reactions to the construction of the world we live in. In the second in a series of interrogative exhibitions, society's codes of conduct are examined, as are the values attributed to our individual and collective actions. 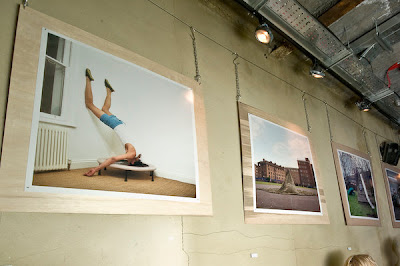 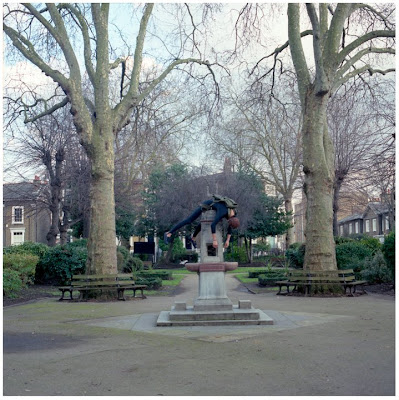 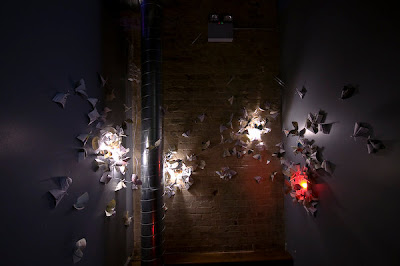 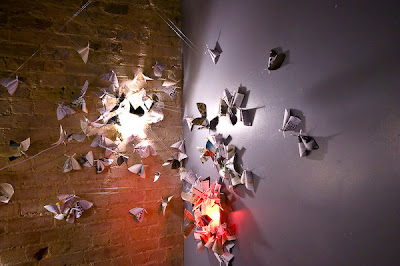 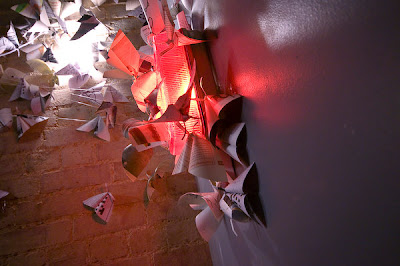 Challenged with the intimate, industrial nature of the building, I wanted to create an organic and delicate display that could still be capturing in its eclectic setting. The effect of TOWARDS THE LIGHT is to be simultaneously graceful yet momentarily unsettling for the viewer walking through the stairwell. 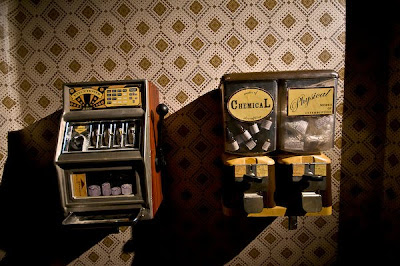 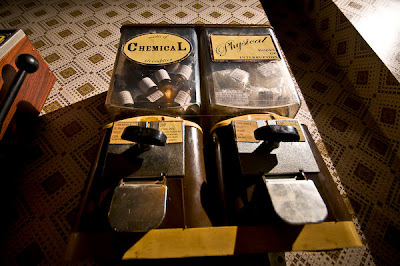 Assisted suicide is currently illegal in the UK. Since the suicide act of 1961 it is not illegal to commit suicide although it is forbidden to aid another’s. Helping someone to die carries a prison sentence of up to 14 years. The guidelines for prosecution are constantly changing.

The argument between prolonging life and hastening death parallels the struggles between conscience and heart, compassion and indifference.

Will this result in cashing in on despair? 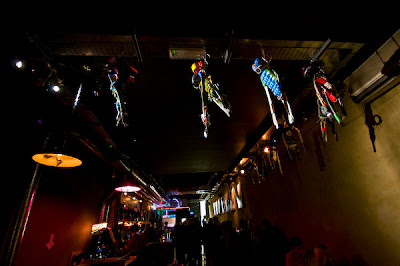 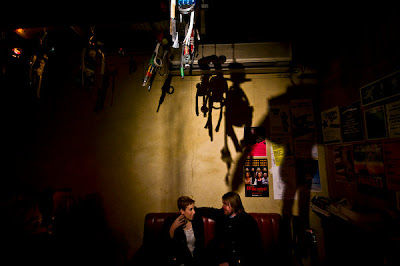 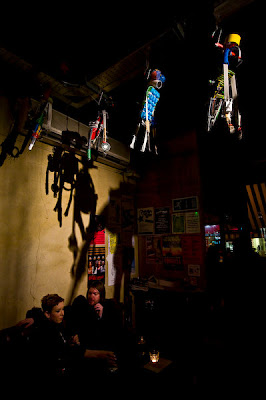 Every warrior society has, for thousands of years, experienced a "purification ritual" to help returning combatants deal with their "blood guilt" and to reassure them that what they did in combat was "good." These rituals traditionally involve long periods while marching or sailing home, the cool-down, group therapy period.

The introduction of “conditioning” in modern army training, aircraft, technology & the individual replacement system that hampered bonding and ensured that soldiers often arrived and left as strangers, resulted in the denial of this purification ritual and millions of psychiatric casualties, hence the discovery of PTSD. Post Traumatic Stress Disorder.

It is often said that "All's fair in love and war," but is this a cultural conspiracy?
Posted by ALEX NOBLE at 14:22